Varicose veins, also known as varicosities or varicoses, refers to a condition characterized by enlarged and dilated veins. The veins become enlarged and dilated due to the overfilling of blood. Varicose veins can be identified by their raised and swollen appearance. Additionally, they also display abnormal colors such as deep red, blue, or purple. Pain is also an identifying symptom.

Varicose is a fairly common condition that often affects women more than men. It is estimated that around 25% of all adults will develop varicose veins. The condition is also most likely to show up on one’s lower legs.

When it comes to the actual causes, there are multiple factors involved. Typically, varicose veins are the result of improper functioning, that is, when the veins fail to carry out their intended functions as necessary. The veins in the human body have one primary function, which is to circulate blood.

However, it so happens that in some people, the one-way valves present in their veins, to restrict the backward flow of blood, end up malfunctioning. This causes blood to flow backward and pool up in the veins instead of heading towards the heart. This pooling or collecting of blood causes the veins to become engorged, which explains the swollen appearance.

Now, the reason why the veins in the legs are more likely to get affected is that they are closer to the Earth’s gravitational pull. This, in addition to the malfunctioning of the one-way valves, causes the blood in the legs to pool up on a greater level.

As for why these one-way valves malfunction, there are a number of factors. It can happen due to obesity, menopause, pregnancy, stress on the veins from too much standing, and even a family history of varicose veins.

The primary symptom for varicose veins is the presence of misshapen and enlarged veins that are more than noticeable. As established earlier, this is likely to be concentrated in lower leg areas. Other than that, common symptoms include swelling, pain, aches around the enlarged or swollen veins, and even a feeling of heaviness.

The less common symptoms include discoloration, ulcer formation, and even bleeding. The latter two symptoms are actually quite rare.

In order to diagnose varicose veins, your doctor will first carry out an examination of your legs and veins. This is usually done in a sitting or standing position. Additionally, he/she will also question you about symptoms such as pain.

An Ultrasound may also be carried out to check the blood flow. This is a non0nvasive procedure that relies on high-frequency sound waves to scan the body. The scan report, in this case, will help the doctor determine whether or not the blood flow in your veins is proper.

A venogram might also be carried out to confirm varicose veins. The procedure involves injecting a special kind of dye into the affected area (usually the legs) and then taking x-rays of that area. The dye shows up on the x-ray, providing the doctor with an idea of whether your blood is flowing as it should.

Additionally, these tests also help doctors look for the presence of problems such as blocks or blood clots that can get confused with varicose veins due to similar symptoms.

Lifestyle changes could involve suggestions for losing weight, avoiding standing for long hours, using compression stockings/socks, and exercising to boost circulation. Patients who already have varicose veins can reduce the chances of the condition progressing further by following these tips and also elevating the legs during rest or sleep.

Compression stockings, for instance, increase the flow of blood by putting pressure on the veins. Additionally, they can also help reduce the swelling that occurs with varicose veins.

The other treatment option for varicose veins is surgery. This is prescribed when the conservative options fail to work or when the condition is too far gone. Now, there are a few options when it comes to surgery-based treatment.

For starters, you have vein ligation and stripping, which is quite invasive. It requires anesthesia as the procedure primarily involves the cutting of the varicose veins and extracting them out. Though there are updated versions of the procedure, it is still a very painful option and therefore, the least preferred one.

The procedure involves the insertion of a catheter by a vein specialist into the affected veins. The catheter is then used to channel uniform heat at a consistent level to collapse the collagen present in the vein tissue. The collagen collapse causes the targeted veins to sort of wither away and shut down. The blood flow is then redirected to healthier veins.

Venefit is preferred option because patients feel very little pain and experience minimal bruising. Studies also indicate that there are fewer complications associated with this procedure. This is especially true when compared with alternative treatment options such as laser ablation.

The procedure also produces very little scarring and only requires the use of local anesthesia.

It clearly proves to be a superior option to other forms of treatment. For instance, when compared with vein stripping, it is a minimally invasive procedure. In vein stripping, the surgeon will have to make incisions where necessary, tie the veins, and literally strip the affected vein with the help of a stripper tool that is threaded through the vein.

Since it’s also a painful procedure, the surgeon will have to rely on general anesthesia.

In Venefit, the vein is left as it is. The only thing done to it is that it is closed using the catheter while the blood flow is diverted to a healthier vein. Also, Venefit only relies on a local anesthetic to numb the area being treated. Once the vein is blocked, it simply turns into fibrous tissue. As time passes, it gets absorbed into the main tissue.

Similar benefits can be seen when Venefit is compared with laser ablation. Radiofrequency is what sets the procedure apart, as heat is used to contract the walls of the affected vein and collapse it. Laser ablation, on the other hand, directs the laser towards the blood, which causes it to heat up and boil.

As a result, steam bubbles are formed, which damage the vein and collapse it. However, the heat created can go up to 700 degree Celsius, which means you can expect far more bruising and pain than what is expected from Venefit. In fact, in a study comparing Venefit with laser ablation, it was found that Venefit resulted in less pain, minimal bruising and almost no complications.

Venefit also proved to be much quicker when it came to improving the patient’s quality of life. The procedure itself does not take over an hour to complete. The patient is only required to stay in the facility for an extra 3 hours after the procedure. This is to follow up with the post-treatment necessities.

During the recovery phase, there is almost very little to no pain according to patients who have undergone the procedure.

Patients can resume their daily activities quite early. However, vigorous activity is to be avoided. The surgeon or doctor might suggest a light walking regimen which will have to be followed for a few weeks. Heavy lifting or any other such similar activity that causes a lot of strain is a no-no. Even standing for too long must be avoided, as it is already one of the causes of varicose veins.

Improvement is noticeable in a period of 7 to 14 days after the procedure.

There are a few conditions that must be met in order to be eligible for Venefit. This includes actually being diagnosed with varicose veins, which is done through x-ray and ultrasound tests. The good news is that age isn’t a factor. The procedure has been carried out successfully on patients belonging to diverse age groups.

On the whole, it is safe to say that Venefit is an effective treatment option for dealing with varicose veins. It has been observed to have a 93% efficacy rate.

However, if you intend to opt for Venefit, it is best to first have a discussion with your doctor. There are many factors that need to be considered. Only a doctor can provide you with the right guidance necessary to make an informed decision. 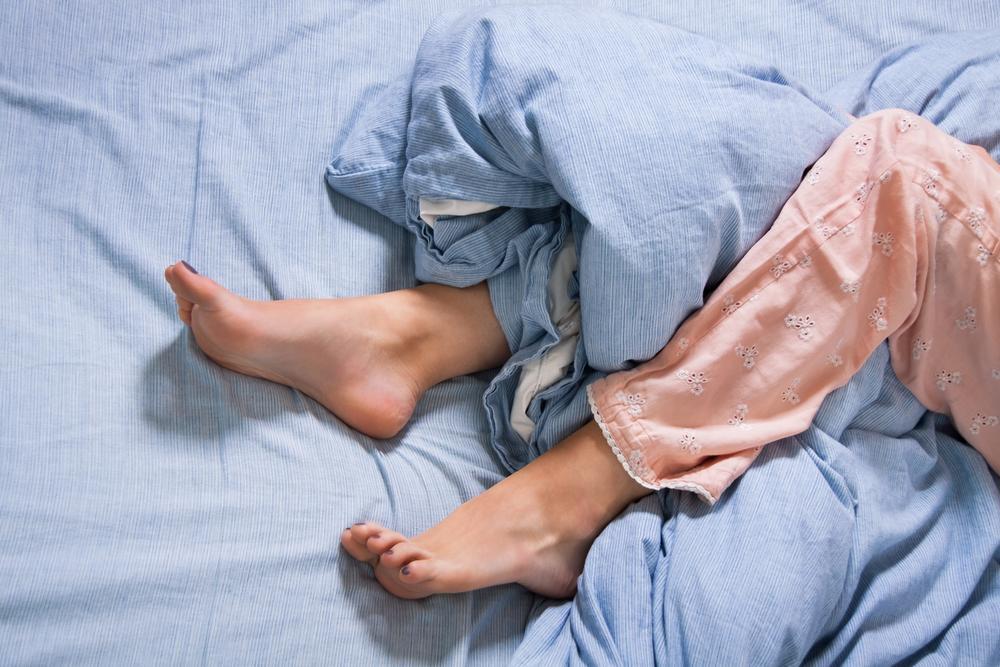 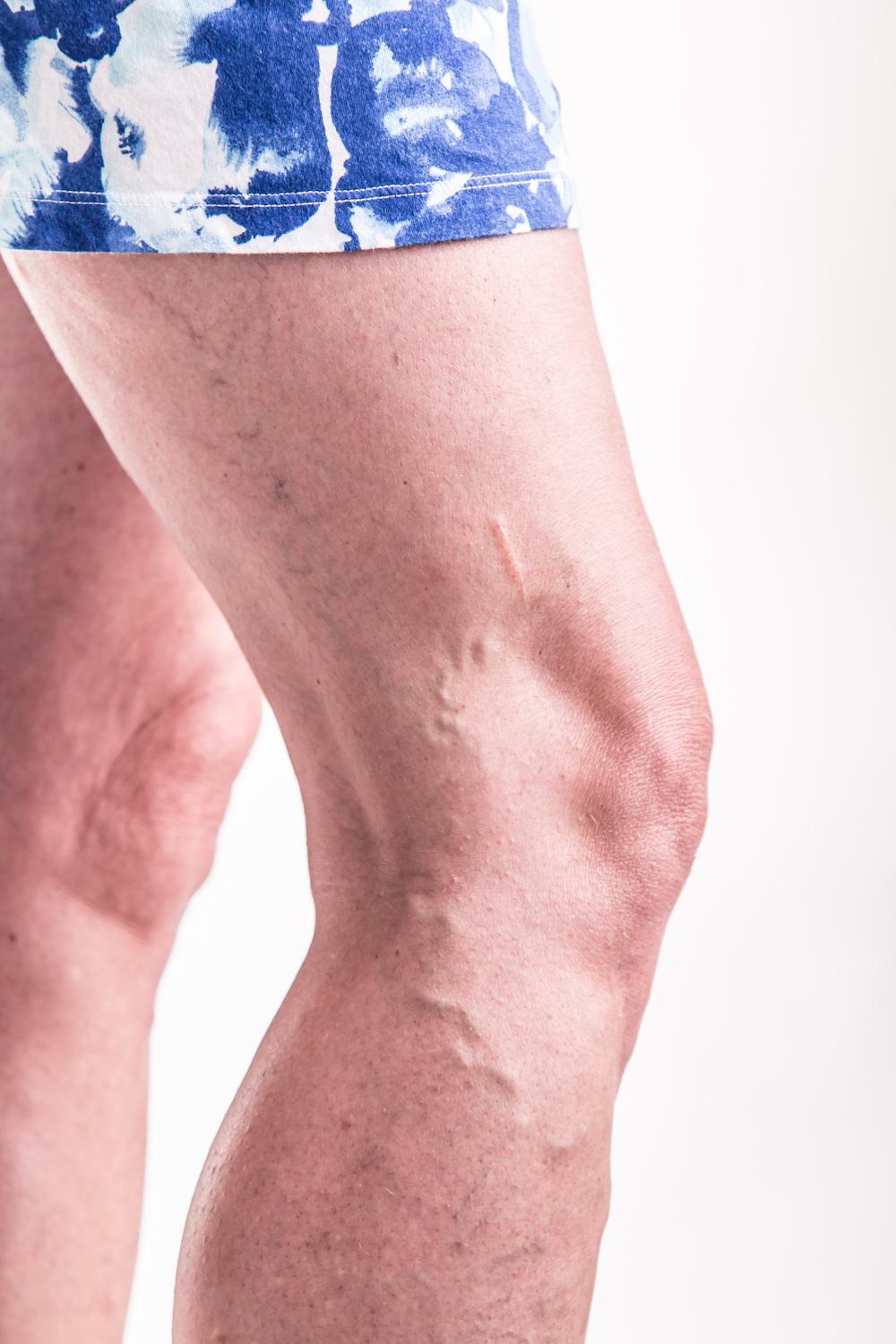 Varicose veins are not just a cosmetic condition, showing a blue and purple blood vessels bulging from under the skin of your legs. For some people they can be painful, making the necessity for treatment urgent. You may long for smooth, beautiful skin across your body, but your visible veins may be keeping you from looking your best. These veins often begin quite small and most often show up initially on your legs. TELANGIECTASIA: WHAT CAUSES CAPILLARIES TO BREAK?

Capillaries are the smallest blood vessels in the body. The walls of a continuous capillary, the capillary that provides and removes blood-borne nutrients to the skin, are only one cell thick. SYMPTOMS AND TREATMENTS FOR VENOUS INSUFFICIENCY

Before diagnosing any type of venous insufficiency, our doctor at The Vein Center will make sure to take your medical history and give you an exam. You may also have an imaging test done that looks at blood flow and the structure of your leg veins. As we age, our bodies change. It’s inevitable. Still, most of us do whatever we can to maintain a youthful appearance. We exercise, eat healthy and stay mentally active. Despite your best efforts, you may still develop spider veins.